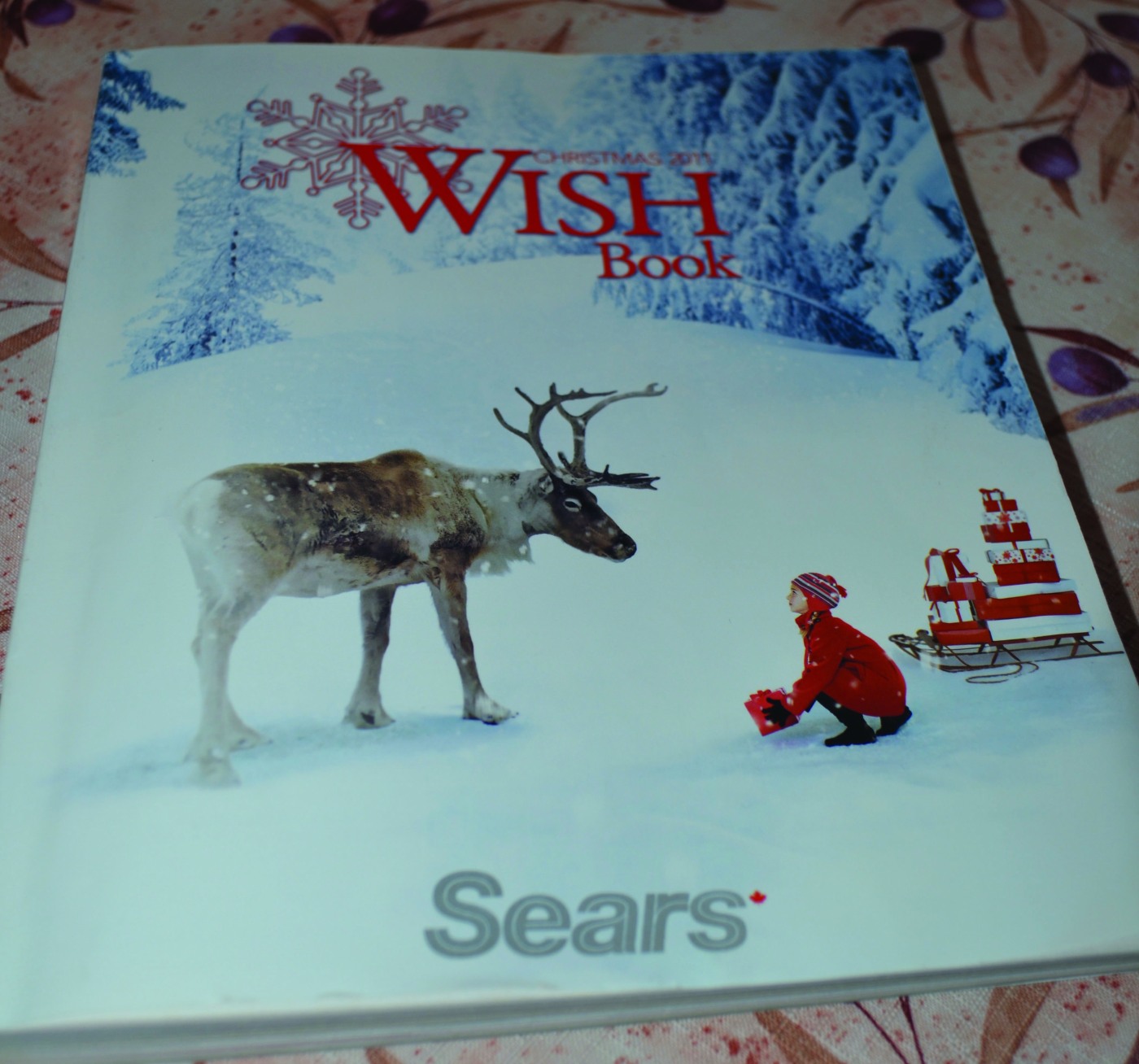 By now children will have made their Christmas lists for Santa (some of the eager ones may have even completed their lists months ago!). My two oldest nephews had their lists ready awhile ago. The oldest one even took the time to type up the list and include large colour photos of each item – just to be sure we knew exactly what he wanted! As I perused the list I noticed that he included many “big-ticket” items such as a flat screen TV for his room, a laptop, a pool table and an electric guitar. You know your nephews are getting older when a cheap toy doesn’t cut it anymore!
When I was young, items from the Sears Wish Book often made my list. Growing up my brothers and I eagerly awaited the arrival of the Wish Book every year. My mom would get the card in the mail saying the Wish Book was available for pick up at our local Sears outlet (not a Sears store but rather an outlet where you pick up items you’ve ordered from the catalogue). The next time she went into town she would pick one up and as soon as she brought it into the house we were fighting over who got to look at it first. Being the smallest and the only girl, I lost those battles. But once the boys were done looking at the cars and trucks, sports equipment and other stuff, I flipped the pages admiring the many dolls, Barbies and other girly stuff. This tradition has continued as my nephews also enjoy going through the Wish Book pages every year dreaming of all the wonderful toys and games.
Now I’ll be the first to admit that I was spoiled growing up. As the youngest and the only girl, I received lots of new toys and clothes. Recently when I was at the farm I decided to find some of my favourite old toys in the basement and snap a few photos for my readers. It’s interesting to note that 20-some years later some of these toys such as My Little Pony, Strawberry Shortcake and Easy-Bake ovens, are still around but with an updated look.
Several of my toys were also made by my Grandpa Friesen, who was a woodworking master. His handy work greatly enhanced my play time growing up. He made me several items, such as a Barbie house and furniture, a doll bed and play kitchen cupboards. (Some of which are pictured below). He also made my brothers various farm buildings such as a shed, elevator and grain bins. Often times the best and most memorable gifts you receive are the ones that are homemade as you know they were crafted with love.

What were some of your favourite toys/games growing up? Do you still have them?