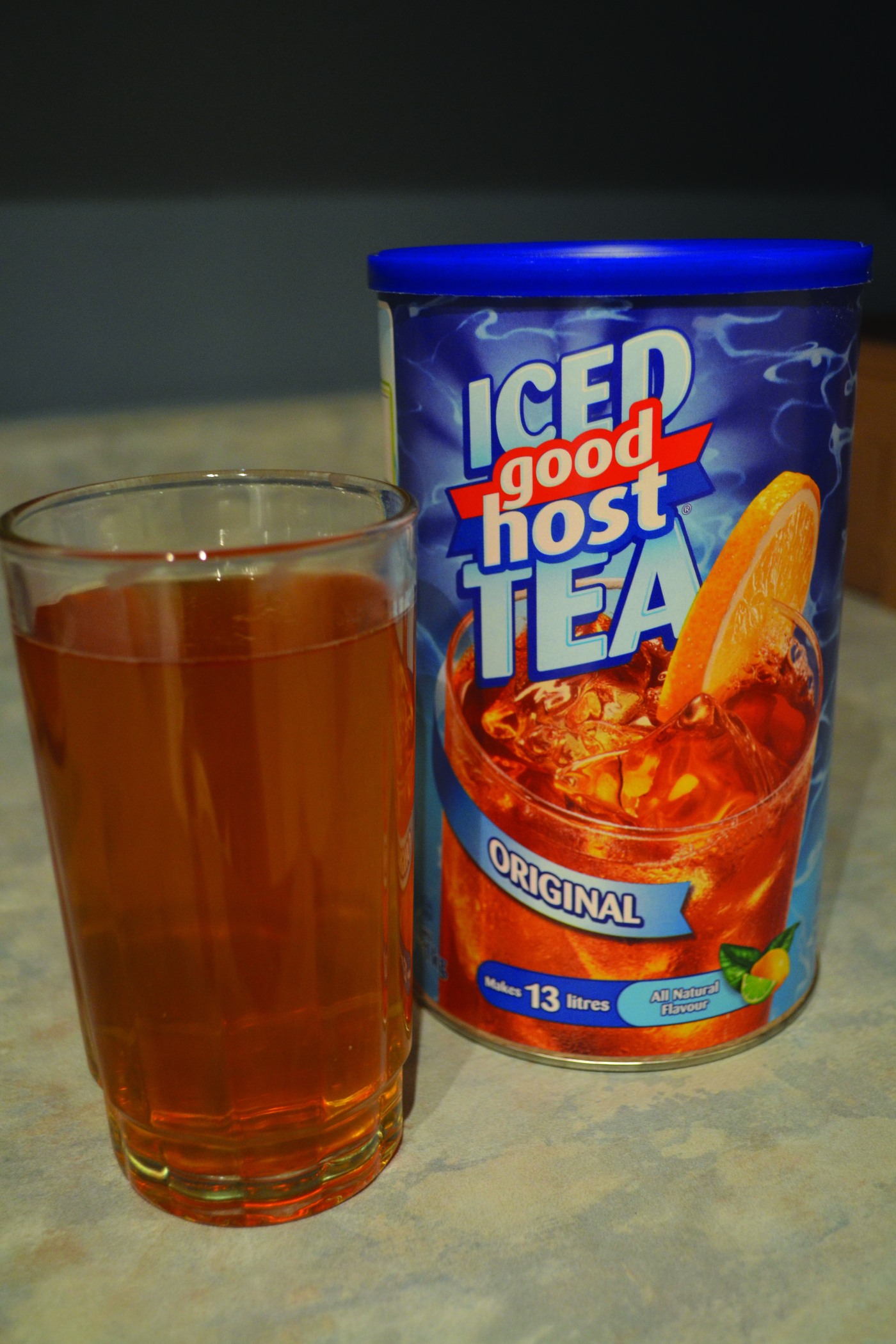 My American friends probably won’t know what Good Host iced tea is as to my knowledge it’s not sold in the U.S. It’s a sweetened iced tea drink powder that you mix with water, and it’s sometimes flavoured with lemon.

I’ve been caught by the iced tea thing in the U.S. many times. Growing up I would go to an American restaurant and order iced tea only to be given a glass of cold tea which I had to dump about five packets of sugar into to make it taste half decent. Later I was told I should have ordered sweet tea, which is apparently what they call it in the South. But it still doesn’t taste the same as Good Host iced tea.

I have fond memories of having tea parties with my cousin growing up where we would sip our Good Host iced tea from our tea cups and nibble our Ritz crackers.

My favourite snack has always been cheese and crackers. Really, who doesn’t like cheese? I’m not as picky when it comes to cheese, but if you’re looking for a good made-in-Manitoba cheese I recommend Bothwell, named after the small town of New Bothwell, Manitoba (http://bothwellcheese.com/). Cheese can be pricey. An interesting side note: My cousin who used to work at Wal-Mart told us that the most stolen food item in the store is cheese. I guess everyone wants it but not everyone can afford it.

Well, I think it’s time for a snack of Ritz crackers and Good Host iced tea! What’s your favourite snack? Please comment below. I love hearing from you!

2 thoughts on “If you were stranded on a deserted island…”