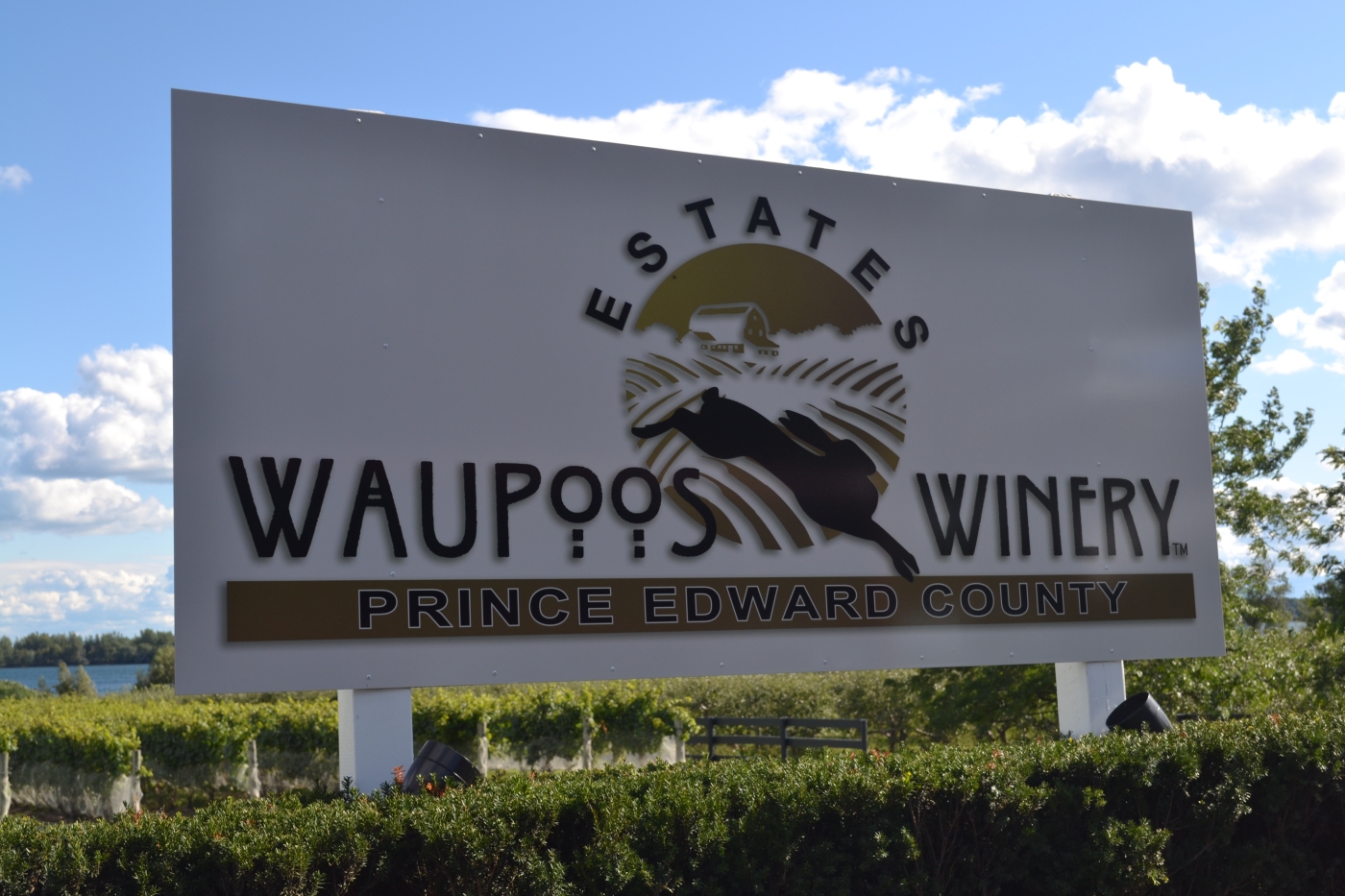 This week I’m inundating you with blog posts about my IFAJ experience while it’s still fresh in my mind. And I’m also making up for my hiatus last week! Click here to read Part 1 of my IFAJ ag tour recap if you missed it. Now on to Part 2 of the Lake Ontario ag tour during the IFAJ 2011 Congress.  Wine, wine and more wine pretty much sums up this blog post. Our first stop was the Waupoos Estate Winery which overlooks Lake Ontario in Prince Edward County. Owners Ed Neuser and Rita Kaimins are credited with planting the first vineyard in Prince Edward County in the mid-1990s. The winery produces 50,000 to 60,000 bottles annually from 20 acres of grapes. It makes 20 wines including whites, reds and a rose wine.
Ag Fact: The largest wine-producing area in Ontario is the Niagara Peninsula; other areas include the shores of Lake Erie and Prince Edward County. Ontario has 140 wineries.
Our next stop was just down the road at the County Cider Company, owned by cider master Grant Howes. County Cider specializes in hard cider, which is an alcoholic drink made from fermented apple juice. The cider products are made from apples grown on the family farm and nearby orchards. The farm grows more than 15 varieties of apples at its two orchards, which comprise approximately 40 acres of apple trees and 12 acres of grapes. The orchards produce roughly 1,600 tonnes of apples each year and the company produces more than 130,000 litres of hard cider annually.
Ag Fact: Newly developed ice cider, which is made from frozen apples in a process similar to icewine, has resulted in a premium product for the apple cider industry.

That evening we dined in a restored 150 year old barn which has been transformed into a winery. The Hillier Creek Estates Winery is Prince Edward County’s newest winery, opening its doors last year.

And I just had to throw in this photo. An American on my tour was wearing this hat that read, “Crazy about farming.” Love it!

Stay tuned for the final post on my IFAJ ag tour.